Who is a Hip Hop pioneer and what is a legend?
by Popmaster Fabel 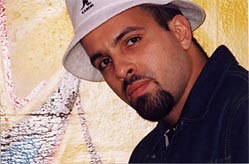 The following thoughts are a follow up and further clarification to the statement I made yesterday:

“Fascinating how people appoint themselves as Hip Hop pioneers yet they pioneered nothing in this culture. Thanks to GrandMaster Caz for coining the term “lieoneer”! This term is brilliant! I piggy back on that and ask that people question the lieoneer’s by checking their “liographies”. You might fool some but you can’t fool all. People should play their positions and stop fakin’ the funk.”

pioneer (noun): inventor or innovator
a person or group that is the first to do something or that leads in developing something new

legend (noun): celebrity
somebody famous admired for a skill or talent

Who is a Hip Hop pioneer and what is a legend? The definitions above are taken from the dictionary on Microsoft Word. Both of these terms were used in their proper context back in the day. Nowadays, they are used synonymously – loosely thrown around with no merit or truly earned credit. A prime example would be a martial artist who advances in rank and degree. They earn their belts and are dubbed a higher-level student by the sensei, master, grandmaster, etc. Another example is the way Free Masons earn their degrees from an apprentice to a master mason and beyond. Those who either taught you or came before you grant you the privilege of that title. Hip Hop culture has it’s own sense of protocol and hierarchy.

We have the first generation of architects who for the most part established each component of the culture (DJ, MC, dancers, aerosol artist, beat boxers, fashion trend setters, etc.). Then we have those who either added on to their equation as innovators or just followed in suit and made a name for themselves locally or globally. Hip Hop’s pioneers are recognized and credited for their contributions and are considered legends as well. Others may not be pioneers but did earn legendary status as a result of their skill level, commitment and lastly, their fame.

In summary, I chose to write this because I feel that there are too many “Hip Hopportunists”, a word that I coined for those who fake the funk just to get over in the culture today. They tend to distort history and try to take titles rightfully earned by the true pioneers and legends. I never considered myself a pioneer or legend until my mentors, teachers and elders bestowed upon me these honorable titles. Out of respect, I didn’t mention any names in my initial post so anyone who feels guilty should question their own sense of history. Be careful how you respond to this so that you don’t add yourselves to the list of fakers or discredit others who are pioneers or legends in the process. If you want to learn Hip Hop history, you should carefully examine how it all came to be.

Bound by honor and loyalty,

39 comments on “Who is a Hip Hop pioneer and what is a legend?”